From November to February, Ke Nui Road on  Oahu’s North Shore is ground zero for the world’s greatest surfers. Tucked behind the bike path and dotted with plumeria and wild chickens, these beachfront houses are where surfing lives for the season. At the height of the winter, the six weeks that make up the Van’s Triple Crown events, the residences serve as housing, entertainment HQs, and a marketing opportunities for legendary surf brands and industry newcomers trying to make a splash.

Graphic from 2 seasons ago- Nike is Hurley now

Rookies start in the basement at many houses. They have to earn their way above ground and eventually into room with direct views of Rocky Point, Pipeline, Backdoor, and Off the Wall. They sweep the sand and clear the beer cans in exchange for a chance to surf with and learn from their sponsors’ veteran surfers.  It’s a rare and privileged opportunity to be mentored by the best. These houses are defacto home bases for former sponsored surfers as well. On any given day one might find a 15 year old assessing the lineup with Tom Curren, or paddling out next to Sonny Garcia.

The houses also serve as entertainment venues for brand-sponsored events. From small BBQ’s to major blowouts, there’s always something going on. One day, as we were walking by the Billabong house, we notice an entire mini van full of Pacifico being unloaded in prep for the Pipeline Masters opening party. Having never been, I didn’t understand the scope of that event until we arrived later the next evening. The sheer volume of slippas at the front door was staggering. I chatted with Occy for a bit, and could have left with a smile at that point, but that was just the beginning of our crazy night. Somewhere between shots with Johnny Drama and Leo Fioravanti and a little surf nationalism insight from Frederico Morais, someone started talking about Andy Irons and it hit us that we were standing in his back yard. We had another toast for Andy and a shared gratitude for our circumstance.

Hanging out beachside behind Ke Nui is a surfing fan’s fantasy. We plopped down on a rare sunny afternoon to catch some rays one afternoon and caught a session at Off the Wall with Kelly Slater, Ronnie Blakey, Ross Williams, Shane Dorian and his already-ripping kid, Jackson. It didn’t take long for the surfarrazzi to swarm to capture the superset for the world… Just a bunch of guys surfing behind their houses like on any other day.

Sickest session ever today. Rare to get a day with nobody around at any break on the north shore but it happens occasionally…then all these guys paddle out! #MoreOfThis. #goprohero5

The newest addition to Ke Nui Rd this season wasn’t a house, but a tiny coffee hut called the Sunrise Shack. Opened by The Koas (Rothman and Smith), the Sunrise Shack quickly became the pre-surf hangout for everyone from Da Hui to the WSL commentating team. Bulletproof coffee, pressed juices, vegan pastries and papaya bowls were a welcome alternative to the carb-heavy (albeit yummy) offerings at Ted’s Bakery, the only other breakfast spot for miles.

We found a fun collection of video walk-through of some of the houses. They’re not all current, but seeing some of the guys so many years ago add to the charm. * Note the SUPER young Ian Walsh in the O’Neill house tour. (You can catch up with a modern day Ian in his new film Distance Between Dreams). 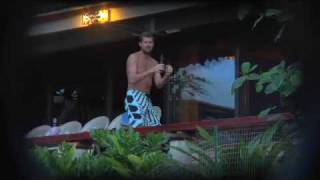 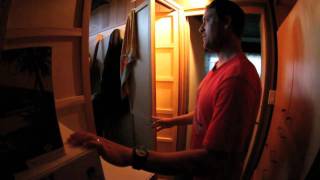 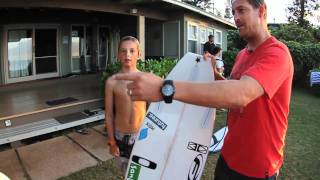 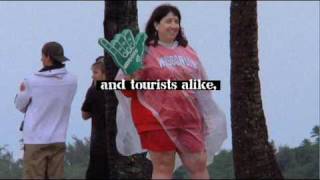 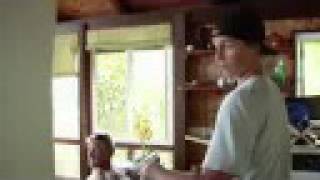 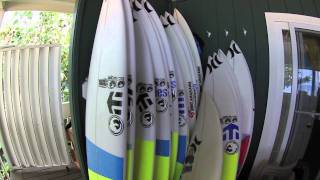 Luxury Surfing in the Maldives // Four Seasons at Kuda Huraa